One of my co-workers recently directed me to a new German restaurant here in Jacksonville that serves authentic German cuisine -- along with a full pizzeria menu for the less adventurous patrons. This is my new favorite lunchtime spot. The role of Jamie's favorite lunch spot was recently vacated when the local pizza-and-subs restaurant "Duo's" closed.

My new favorite is the "German Schnitzel Haus." The owner operated a restaurant in his home town of Kiel, Germany, for 27 years before coming to Jacksonville to start this one. He even brought over the furniture from the old restaurant. It definitely looks German.

The two dishes I had have been great. I tried the wiener schnitzel and the jagerschnitzel. Both delicious. The side dish was incredible -- Bratkartoffeln (slices of sautéed potatoes with bacon).

Jude is about 16 months old now. It's been a while since I wrote about what Jude's doing lately. So here's a brief list:

He also learns new signs quickly, often combining the sign with the word. I put him on an ottoman and said he was on "top" as I patted the ottoman with both hands. Later in the day, he started saying "top" and using the same hand gesture I had used -- palms down, in a downward patting motion.

You can see he's really starting to learn and explore the world at an exciting pace. And, he's as delightfully happy and nice as ever. 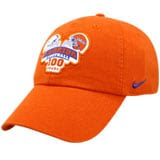 Jude's been learning sign language, thanks to his mom and a class she takes him to each week. His favorite signs are for "fan," "hat," and "more." I think "fan" was the first one he really did well. He learned "more" pretty soon after that. He picked up "hat" after Grandpa Burga put a hat on him for some photos.

Charline figured out that Jude also started using "hat" to mean something like "let's play" -- because we always played with the hat for a while when he used his sign. "More" also has a broader meaning, because he uses it to say "food" or "let's eat". That makes good sense, because he mainly saw us using the sign when he was eating. Of course, we're trying to show him the sign for "eat" too, but as long as we understand him, we're not too worried about which sign he uses.

It really was exciting for Jude, and for Charline and me, when he started using his signs. We could see how happy he was every time he communicated with someone. It seemed to really open up a new world for him.

Even before he used any sign language, he showed that same excitement over the ability to point at things. He discovered that people could understand that he wanted to play with something or see something up close, or that he just liked something. The other communication step that he really enjoyed was learning to clap his hands. He saw how people laughed and smiled when he did that -- and that made him laugh too.

Now that I think about it, I suppose smiling and laughing was one of the earliest steps in learning that he could communicate with people. He's very good at smiling and laughing. Probably better than anyone I know.
Posted by Jamie Barger at Wednesday, April 26, 2006

How to keep an eye on your elected officials

Here's a great site for finding out who represents you in the U.S. federal government, watching their voting record, and contacting them to straighten them out.

For example, you can see who represents the people of Springfield, in Jacksonville, Florida.
Posted by Jamie Barger at Monday, April 24, 2006

Last week, Charline caught the very pesky rotavirus while babysitting for a one-year-old child of some friends. They didn't know he was sick when they dropped him off, but it soon became apparent. A pediatrician diagnosed it as rotavirus.

So, I stayed home Thursday and Friday to take care of Jude and Charline. Fortunately, Jude never got sick. By Saturday, Charline was feeling normal again. Of course, that's when I came down with the bug. Then, I spent the whole weekend in bed.

Rotavirus was a pretty horendous experience. I don't recommend it. I can only imagine how bad a one-year-old child would feel, if afflicted with this abomination. It apparently much worse for children, as you would guess.

Jude does flips (sort of)

Today I sat down at the computer with Jude in my lap and he seemed really interested in the keyboard, so I figured I'd open Notepad and let him bang away at it for a few seconds to see what he could come up with. If it started to look like the opening lines of Macbeth, I might let him continue.

Well, after less than two seconds, he had somehow hit exactly the right keystroke combinations to do something that I did not even know was possible. He turned everything on my monitor's display upside-down. Everything. The background. The icons. The taskbar. Every image and word. Even the mouse pointer was upside-down, so that it moved in exactly the opposite direction one would expect.

Needless to say, it was fun trying to operate the mouse and read the screen to correct the situation. Fortunately, I stumbled on the solution right away. (My display software, it turns out, has a feature that lets you "rotate" the display 180 degrees.)

So, now I'm wondering if there is a simple utility to put a Windows computer into "child" mode. I'm sure there is. I need to look into that someday.
Posted by Jamie Barger at Sunday, March 19, 2006

Why I love Chick-fil-A

How many fast food joints have managers who come to your table and offer to refill your drink and replace your fries with some fresh, hot ones (at no charge)? That's what happened today when I ate lunch at my local Chick-fil-A. I was stunned. I declined the offer. But, as I was leaving, that same manager took my tray and offered again to refill my drink. This time, I accepted.

I had already been impressed with the place before I witnessed the great service. When I came in, I saw lots of happy children playing in the kids area at the front, where I also heard some "top 40" music playing over the sound system. I thought, "that's nice, but I was hoping for a more relaxing environment." I got my order (served so quickly I was amazed) and headed toward the back of the place.

Here's the cool thing. They had different music playing in the back of the restaurant. It was soothing and quiet -- exactly what I wanted. I have to assume they had an architect or interior design expert put a lot of thought into this. They realized that the people who headed to that area were trying to get away from the noisy Kid's Zone, so they adapted the music accordingly. Perfect.

Of course, the food was pretty tasty too. Plus, they have those cool cow mascots.
Posted by Jamie Barger at Tuesday, March 14, 2006

People think Jude can't talk yet. Of course, that just means they aren't speaking his language. Here are some of his favorite words:

There are plenty more, but these are the ones that I've been able to transcribe so far. 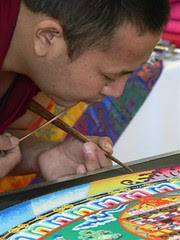 And this is a major news program in Jacksonville. It runs on both the ABC and NBC affiliate stations, due a strange arrangement in Jacksonville. And hardly anyone watches the local news on the CBS and FOX affiliate stations. The only real competition is an independent station (Channel 4, WJXT).
Posted by Jamie Barger at Wednesday, January 18, 2006

Jude has been crawling around like crazy ever since he figured out how, on Christmas Day, at grandparents-Bargers' house. Now Charline and I have a whole new set of challenges to keep him from getting into trouble. But, it's wonderful to see him so happy and having so much fun. He really seems excited about his new ability.
Posted by Jamie Barger at Sunday, January 01, 2006